De Volkskrant will report on food corridors as a solution to fight poverty and hunger in Africa, by way of approaching the topic from a sociological, economic, environmental as well as a political perspective. 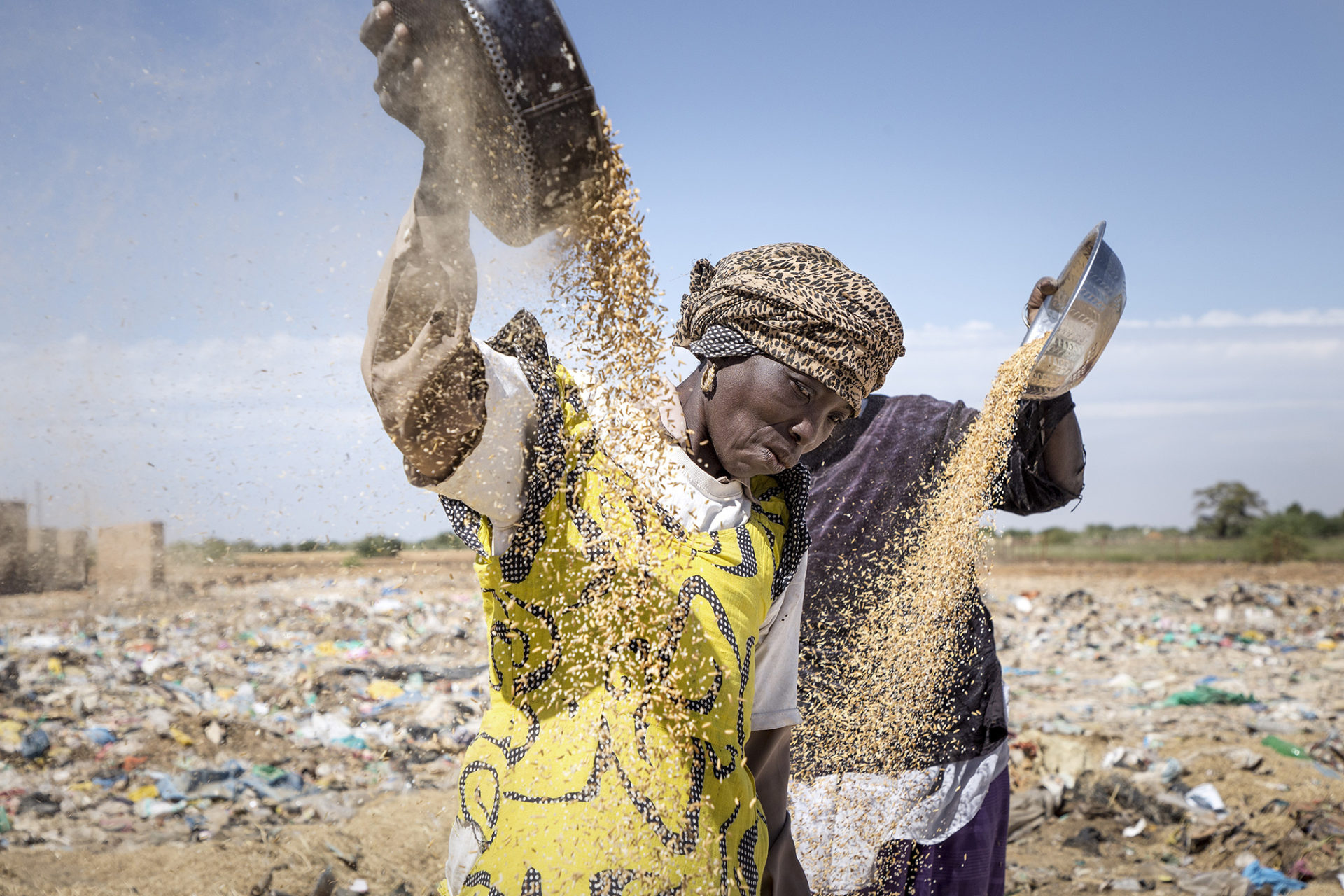 In 2050 an estimated 9.8 billion people will live on our planet. That’s an increase of today’s world population by one third in only three decades. How are we going to feed all these people? Over the coming year de Volkskrant will explore this question while focusing on food security in Africa.

We feel Africa is the logical place to delve into this topic, since the earth’s population growth will largely be happening on the African continent. According to UN estimates Africa’s population will double from 1.2 billion people today, to 2.5 billion in 2050. At the same time the continent will be strongly effected by climate change, which will change weather patterns and cause desertification.

Five years ago the G8 proposed The New Alliance for Food Security & Nutrition. It defined ‘food corridors’ as an answer to our planet’s and Africa’s forthcoming food crisis. Those corridors are designated cross-border area’s for industrialized agriculture, owned by private companies in regions that are currently underperforming considering their agricultural potential.

We at de Volkskrant want to find out who is benefiting from food corridors, we want to report on the risks and challenges, and see the results with our own eyes. We will approach these issues from a sociological, economic, environmental as well as a political perspective. A lot of our stories will be about the future, yet we want to put people that are struggling with these issues today upfront. Real people, not only numbers and statistics

The span of the project is clearly global, the dominant perspective will be that of the population in the relevant regions. De Volkskrant is a Dutch national newspaper, and so for obvious reasons we will also pay attention to Dutch involvement. How does our consumer behavior in the Netherlands affect what people eat in Senegal? How can agritech innovations from Dutch start-ups change the way Tanzanian farmers grow their crops? And are any Dutch multinationals involved in land grabbing? In our presentation we will make sure to emphasize that in no way these issues are only relevant in faraway regions.

We don’t believe in grand designs for monumental interactives that are thought out completely upfront. Rather we look for agile, close cooperation between reporters, photographers, videographers, editors, designers, developers, data journalists and others involved. Form always follows content. Custom made designs, produced with the theme of the story at the forefront, are just as important as the content itself. This is how we translate complex themes into comprehensible and attractive stories, in print and online.

We will build a hub website around the project, with custom, fitting webpages for the different stories. We’ll also publish our stories in print, and distribute them in our different (specialized) newsletters and on social media, in a form that’s fitting the medium.

Click on any photo to view the image gallery lightbox at fullscreen.